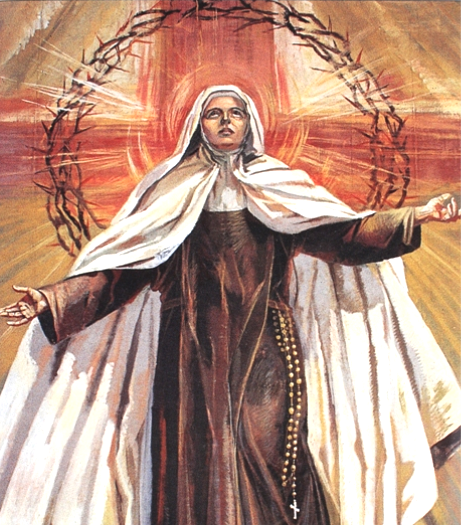 We were blessed to receive and have the opportunity to venerate the First Class Relic of St. Mary of Jesus Crucified in our parish. 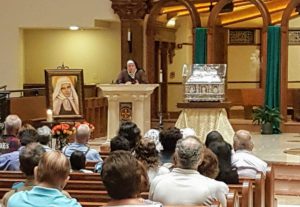 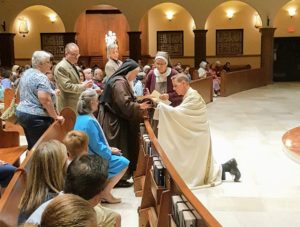 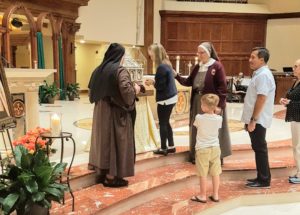 +Born in what is modern-day Israel, Mariam was orphaned at age three. Raised in Alexandria, Egypt by relatives, she was trained as a domestic servant. She had her first mystical experience when she was thirteen.

+ Working for different families throughout the Middle East, Mariam was eventually taken to France, where she became a Carmelite nun in Pau.

+ In 1870, Mariam was sent with a group of Carmelites to Mangalore, India, to establish a new community. Following her profession of vows in 1871 her mystical experiences increased. She experienced the stigmata, is said to have levitated in prayer, and had visions.

+ Mariam eventually traveled to Bethlehem to found a Carmelite monastery near the birthplace of Christ.

Canonized with Saint Mariam of Jesus Crucified was Saint Marie-Alphonsine Danil Ghattas, a Palestinian nun who founded the Dominican Sisters of the Most Holy Rosary of Jerusalem, She died in 1927 and her memory is celebrated on March 25.

“Poor and uneducated, she was able to counsel others and provide theological explanations with extreme clarity, the fruit of her constant converse with the Holy Spirit.”—Pope Francis

O God, who called your handmaid blessed Mariam of Jesus Crucified to seek you before all else, grant that, serving you, through her example and intercession, with a pure and humble heart, we may come at last to your eternal glory. Through our Lord Jesus Christ, your Son, who lives and reigns with you in the unity of the Holy Spirit, one God, for ever and ever. Amen.

(from The Roman Missal: Common of Holy Men and Women—For a Nun)